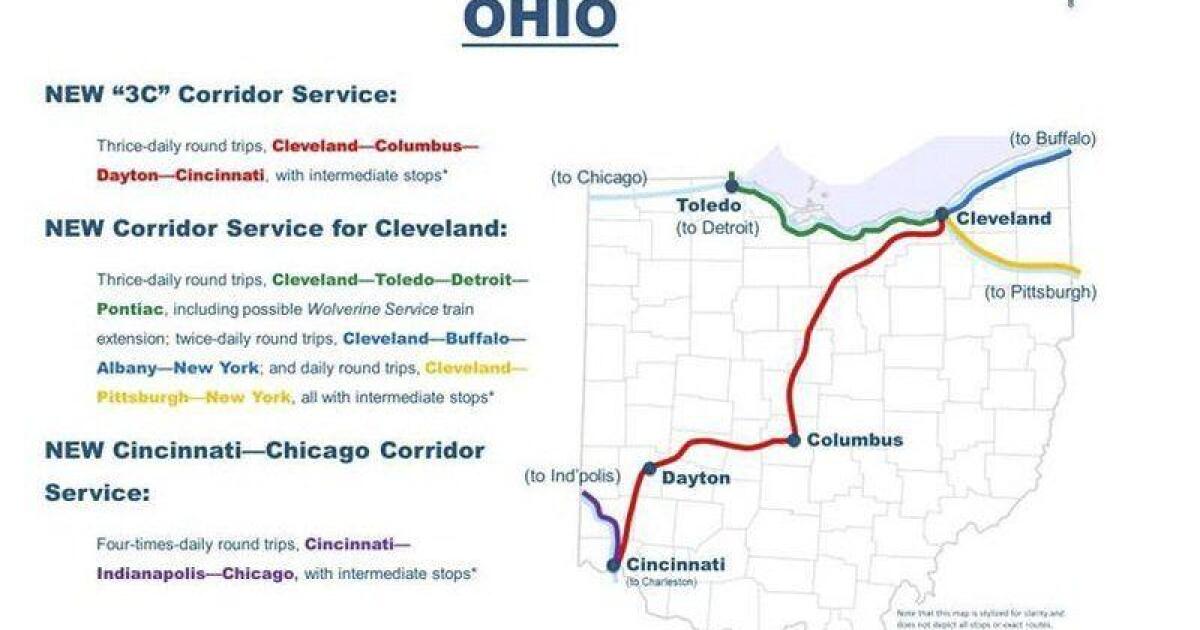 Amtrak plans to expand passenger rail lines to connect Cincinnati with more cities. However, the plan depends on support from Ohio and the federal government.

These suggested routes are:

According to All Aboard Ohio, the federal passenger railroad program relies on support from Congress, the Biden administration, and Ohio officials. Once an agreement is made with a government agency, the company can pay up to 100% of the cost of capital for starting new or additional services, as well as 100% of the operating costs in the first two years, 90% in the third year, and 80% in the fourth year and 50% in the fifth year.

“It’s time for Ohio – the most populous state in the country with no passenger rail program – to finally rise,” said a warning from All Aboard Ohio. “In the past, Ohio had to pay some, if not all, of the capital cost of bringing new rail passenger services into service and purchasing continued services on an annual or semi-annual basis. The pursuit of success is always at risk of failure.

“If Congress and the Biden Administration approve this railroad corridor development program, as they are expected to do, Ohio simply won’t get a better deal.”

The two-year budget of ODOT has to be approved by the general assembly in the spring.

Cincinnati Reds are trying to monetize Pete Rose while they can