Additions and updates to the Cincinnati skyline 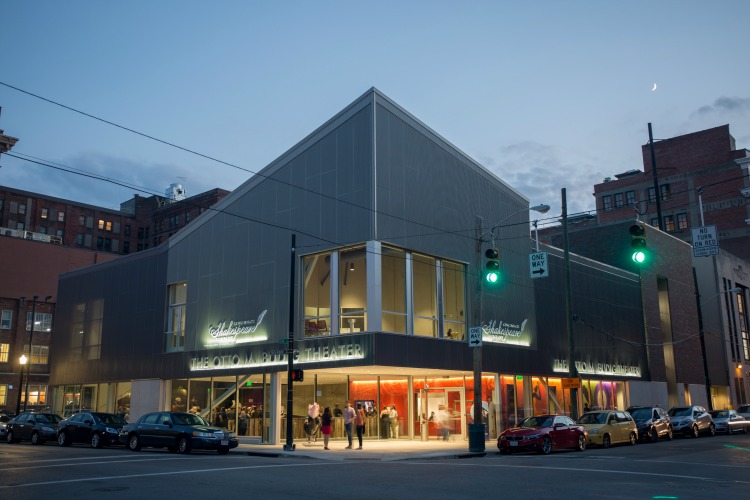 Ten years ago this month, Soapbox writer Trudy Backus’ inspirational article, “Cincinnati’s Architectural Nuance,” stated that the city “has a long history of innovative architectural design as well as a long list of nationally recognized notable buildings from both the region and from the region has architects from outside the city. “

At about the same time this trait began to appear, the commercial construction sector slowed significantly not only in Cincinnati but in the United States thanks to the great recession.

Despite this setback, the city has seen construction cranes on the horizon again in recent years, and here too the local appetite for innovative buildings designed by top-class companies from home and abroad was a central element of such projects.

Here we take a look at some of the area’s most notable architectural endeavors over the past decade, broken down into four categories: Notable Renovations, Notable New Builds, Great Adaptive Reuses, and What (Could) Be Next.

Union Terminal: The city’s Art Deco masterpiece will reopen in all its glory later this month. As Soapbox recently reported, the upgrade and update of the 85-year-old Queensgate National Historic Landmark Registry, valued at $ 228 million, included work on its outdoor fountain and clock, as well as improvements to its construction, layout, and mechanical systems, and a restoration of its magnificent Rotunda.

The following construction / architecture / design team has been tasked with overseeing the updating of this architectural treasure: GBBN Architecture (architecture and design manager) in the city center; the Cincinnati office of Turner Construction Co. (construction management); and Ellington Management Services (Diversity Inclusion Advisor) based in Lockland.

Music Hall: The $ 143 million restoration of this famous OTR anchor, originally designed by local legend Samuel Hannaford, was completed last year. Soapbox recently detailed the careful overhaul of the grand building and the future of the Gothic building.

Great American Tower in Queen City Square: This towering 665 foot tall extension of the skyline is a development of locally based Eagle Realty Group, a unit of Western & Southern Financial Group. The $ 400 million project was designed by HOK of St. Louis under the direction of founding partner Gyo Obata (the “O” in the company’s name).

The 41-story facade of the tower, which opened in 2011 and was built by Turner Construction, consists of a combination of windows with granite and aluminum frames. At its top is a semicircular steel structure called the “Tiara”, which is modeled on the headdress of the late Princess Diana and refers to Cincinnati’s long-standing identity as the queen city of the Midwest.

“The building is a bold and tangible statement that will be around for a hundred years or more,” said John Barrett, chairman, president, and CEO of Western & Southern of the tower in Obata’s book, Gyo Obata: Architects, Customers, Reflections “.

The Otto M. Budig Theater: The one-year house of the Cincinnati Shakespeare Co., 12th and Elm in OTR, is the last connection in a “corridor for classical arts”, to which the music hall, the memorial hall, the school for creative and the arts include the Performing Arts and Washington Park.

Downtown architect / interior designer GBBN has made various allusions to the bard, including a 38-step staircase – one for each of his pieces – and reclaimed wood, reminiscent of the Globe Theater. The facility also has a state-of-the-art “flexible push” stage and 250 seats, all of which are within six rows of the action. (The theater recently won an award in the American Institute of Architects’ Ohio 2018 design competition.)

Kenwood Collection: Work on this retail / office tower in Sycamore Township, an oft-cited “figurehead” of the Great Recession, began in 2007 and was discontinued a year later in a partially completed state that was fully visible from I-. 71. A new owner (Philips Edison, whose spin-off from PREP Property is overseeing the site) stepped into the picture in 2012 and worked on the tower, which is adjacent to the Kenwood Towne Center shopping mall and has two levels of retail stores and eight floors of office space. resumed two years later.

Downtown BHDP Architecture was consulted to complete the project, whose contributions included significant improvements to the building’s internal flow and the addition of a curved, sculptural roof to reflect the movement of traffic on the adjacent freeway.

Ex-Enquirer Building on Vine Street: This 14-story limestone-and-brick skyscraper (made famous on a national scale for its appearance in the opening sequence of the 1970s TV show WKRP in Cincinnati) was reborn last year as the home of the first hotel in the subway region with two brands. The Homewood Suites on floors four through eight are aimed at long-term guests, while the Hampton Inn and Suites on floors nine through 14 are geared towards business and leisure travelers.

The developer SREE Hotels from Charlotte, North Carolina, was involved in the conversion of 300 million US dollars. HGC Construction, based in Walnut Hills; and the CR architecture + design of the city center. The latter firm helped secure $ 9 million in historic tax credits for the $ 26 million project. A total of 249 rooms were set up for both Hilton brands. and carefully restored a variety of historical elements in the public spaces of the building. The designers restored the original marble and bronze details and the groin vaulted ceiling in the entrance hall.

Former NuTone Factory / Rainbow Car Park: The Summit, a Wyndham Dolce Hotel, opened in Madisonville earlier this year. Previous uses of the 68-year-old building include the first housing of the NuTone doorbell factory, followed by a two-story parking garage, which has become a landmark of the region due to its brightly painted pillars.

The Summit, which takes its name from its location on the cliff of a hill overlooking one of the neighborhood’s major intersections on Red Bank Expressway and Madison Road, is the fulcrum of a large mixed-use complex owned by RBM Development, which the founders own from Medpace, a fast growing clinical research organization with headquarters just a short walk from the 239 room hotel.

The office of Hirsch Bedner & Associates (HBA) in Atlanta as well as the design architect Samach & Co. from New York and the locally based architect CR Architecture + Design supervised the renovation of the interior of the building.

A diverse mix of old and new pervades the hotel. For example, the lobby has distinctive features like 20-foot ceilings that show off the building’s original, exposed, sandblasted columns. a metal screen reception with a built-in showcase of factory parts; a central “floating” staircase made of bronzed metal with rivet details; Glass box elevators; and a massive abstract mural along one wall.

WHAT (COULD) BE NEXT:

50 am 5th: What will the future hold for the location of Fountain Place, the former home of Macy’s and Tiffany’s downtown stores, west of Fountain Square? The Retzark Design Studio has given one option – an oval high-rise building that would stand at an angle on the property – in collaboration with ATA Beilharz Architects to Towne Properties, one of the owners of the site.

The building would have a two-legged retail / restaurant base with a single office / residential tower above it. There would be green spaces between the basic structures and the rest of the site. The result, according to the designers, is a development that would help to “energize” the connection between the property and the adjacent space. However, the future of this tract is far from being decided: look forward to future updates.

Former renovation of the Union City Tower: The owners of the City Club Apartments (a stop on the recent Downtown Tour of Living) want to convert the adjacent 31-story skyscraper with its pyramid-shaped roof into an apartment complex with 262 residential units.

Though many details remain to be worked out, city club officials say work on the renovation of the 105-year-old building, which at the time of its debut was the fifth tallest skyscraper in the world, could begin as soon as next February.

Opinion | Do student athletes deserve to be paid? | Sports