3 things that worry me about Cincinnati 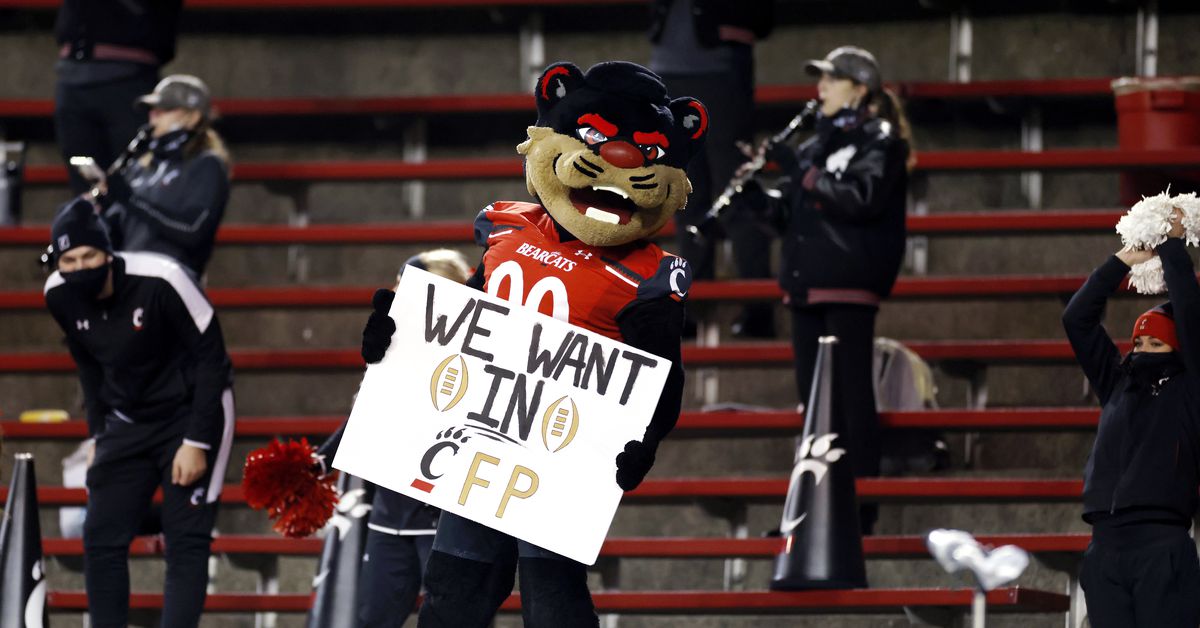 The following is NOT what I worry about when I play the Cincy Binturongs on Friday:

1) Pass Rush. Jermaine Johnson is out at Portal John, but Adam Anderson was a wrecking ball in off-the-bench action, so I’m curious what he can do with more time between the lines. Paired with leading sacker Azeez Ojulari, Pass Rush should be in good shape. And don’t sleep on Nolan Smith – sophomore only, but he’s basically a top 10 UGA defender in terms of tackles and one-offs against loss.

With Eric Stokes sitting outside and Richard LeCounte seeing his first action in over a month, secondary pass coverage has question marks so getting to the Cincinnati quarterback will be a key. DawgOutWest already gave you the heads-up, Ameer Speed ​​and Mark Webb to see more on the field, as well as the freshman class that was just brought in. Kirby Smart and Dan Lanning should have the playmakers to create the chaos they wanted.

2) Opt-outs in general. Have we seen any of this rash in the past 3 years? Yes. Have we been in the playoffs in the last 3 years? No. With less meaningful hardware to play for, I don’t blame these Bulldogs for skipping a bowl game when their most lucrative career prospects are so imminent. Not to mention a lot of these guys have been beaten up: Trey Hill was not allowed to play on both knees after these operations; Monty Rice had excruciating injuries and a bad toe. Tre ‘McKitty has a tricky knee; and Ben Cleveland has had a bad shoulder for weeks. Why risk making something worse? It’s simply a risk management strategy that is weighed against the risk they have already endured in order to qualify for Red & Black against big angry men. I’m totally cool with it. I would much rather play, I don’t blame them at all after giving so much. Good luck guys, we wish you all the best.

3) The narrative. Chip on the shoulder, disrespectful, impartial, has not played anyone, little brother, David versus Goliath, you name the metaphor and it can apply. Most of them are likely written in some shape or way on the Cincinnati white travel boards. These Bearcats knew getting into the College Football Playoffs would be tough, and once they’ve contested this, they take it personally. Now, Cincinnati head coach quotes Luke Fickell from Vince Dooley’s playbook and tells everyone how good Georgia is. Add that Georgia is known to have players signing out that the Bulldogs will be disinterested, yada yada yada. I’m sick.

Kirby Smart has some experience in head coaching. Out of bounds, he’s been in the CFP, traveled across the country to the Rose Bowl, interviewed before and after every conceivable big win and loss, and generally seen how to deal with a variety of off-field situations that come to you lead game. He learned a lot from the loss in the National Championship, and I think he learned even more from the much less important 2018 Sugar Bowl: how to deal with player motivation when your squad is out of your control. Kirby proved that last year when players were missing from the backfield, offensive line, defense as you call it. By 1) recruiting in every position, 2) attending your bank regularly throughout the year, 3) providing tons of real internal competition during practice and the season, and 4) communicating with younger players to make the most of their chances he has Essentially given Georgia a sideline full of players ready to intervene; both quantity and quality. The Bulldogs don’t come out flat and are ready to play.

Now forgive me when I got weaned on the nipple from Larry Munson’s scratch on the AM radio. So here’s what I’m worried about:

1) This isn’t your usual G5 defense. Cincinnati is a power football team built from the inside out. A top 20 national defense, the Bearcats are equally good at both the run and the pass. They went four games in a row and kept their opponents below 100 yards on the ground. Only 1 of these teams exceeded 300 yards in total, none of them scored 2 touchdowns and all won by 21 or more points. If you remember the first three games and the last two games of the Georgia Bulldogs 2020 season, it went something like that.

They also come home a lot. At home, as it is with the opposing quarterback in the backfield. You have counted 27 sacks in the season with 12 players recording at least 1. But the guy to look out for is # 21, Junior Defensive End Myjai Sanders. Sanders is just a 3 star HS recruit from Jacksonville. He’s added 40 pounds to his 6’5-inch frame and is now a long, but still damp, explosive edge breaker, about the size of Myles Garrett. Despite all the great things we’ve seen of JT Daniel’s arm, I’m not so sure if he is crawling, can escape, or if he injured his knee. Heck, I’ve been mentally critical of his pocket presence on a number of occasions (I’ll admit I didn’t examine everyone to see if they made it overall).

Not to mention Head Bearcat Luke Fickell is a defender, and the team goes like the head coach. Hell, he started 50 games in a row for the state of Ohio in the 1990s and was defensive coordinator there for about eleven seasons. (By the way, do you remember when the OSU fired Jim Tressell? And hired Fickell as an interim trainer just to replace him with Urban Meyer? Neither did I.)

2) This is not a G5 trickeration. The Bearcats are also designed for power on the offensive side and balance run and pass. In the same number of games as Georgia, Cincinnati rushed for more than 300 yards in just one more carry. They’ve rushed to 48% of their yards, but it makes up 58% of their offensive games – they’re committed to running and balance. Jordan Davis, coming back, couldn’t be a better time to fill in the blanks and fill the run. Still, it’s not good to miss Monty Rice and his nose for football.

But the Bearcats found the touchdown 28 times over the barrel, 12 times over their quarterback Desmond Ridder. Ridder is also the second largest rusher in the overall standings. He’s stuck about nine times per game (including the escape from the pocket). He’s a real double threat. Senior Garrid Doaks is the main ball player in the backfield, racing 4.7 yards per carry. Even so, the Bearcat offense runs through Ridder and when clicked can move the ball and collect points in groups. With Monty Rice’s experience and guidance unavailable, is Dan Lanning more likely to put Nakobe Dean or Quay Walker in a spy role to contain Ridder?

3) How did you get here? Continuity and execution. I don’t know the Cincinnati soccer team inside out, but one look at the roster will give you an idea. The leading rusher? Senior. The quarterback? 3 years starter. Best Defender? A junior. 5 of the 7 bearcats intercepting a pass this season are seniors. 7 of the 9 Top-Pass catchers are high school students. This shows me that recruiting and player development has resulted in a team that is full of experience and leadership. Players who have seen and learned a lot and who have played together have become efficient and play smart. That continuity in a college football team is becoming a rare species, but the Bearcats captured that lightning bolt in a bottle.

Do you remember when the Mercer basketball team defeated Duke in the 2014 NCAA opening round? The Bears team was full of seasoned starters who have been playing together for years. They weren’t the greatest, fastest, or best marksmen, but they were competent. And because they knew each other (and their coach) so well, they could play with anyone because of the execution on their best day. Cincinnati reminds me of this: a lot of gaming experience, a lot of bonding and a lot of interaction, which leads to good results. I just don’t want Cincinnati to catch that lightning bolt anywhere on January 1st, 2021.

Call me crazy, just don’t call me late for black-eyed peas and cabbage vegetables. Listen to what worries you about Friday’s game between the Bulldogs of Georgia and the Bearcats of Cincinnati in the comments below.

Analysis: The election of the next Ohio Democratic Party chairman is complicated